What is a Subfloor? 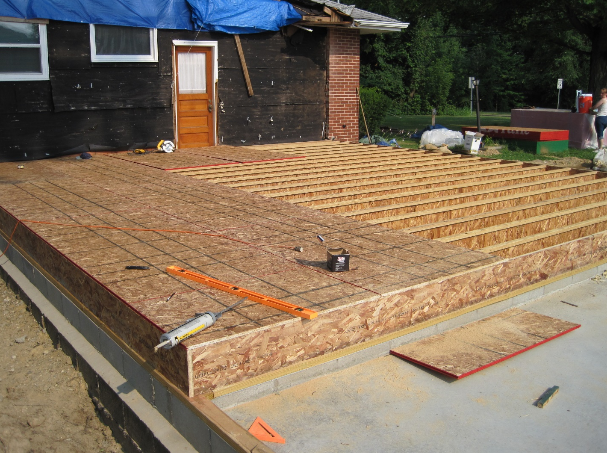 When someone asks what you would want for your flooring, the first thing that pops into your
mind is wood vs. carpet. Before you settle on the finishing, you have to consider what will be
under the finishing. Beneath that beauty is something called a subfloor.
The subfloor is vital to your floor’s structure. It’s comprised of many layers and what you see is
just the topmost later. If you’re wondering what a subfloor is and what role it plays in any
structure, you’re at the right place.

Subflooring is a crucial part of your floor’s architecture. Typically, when you look at your floor
as a cross-section, it would look like a sandwich. These sections include the top floor and joists
at the bottom. The joists support the floor.
Additionally, there is a layer between the subfloor and flooring known as the underlayment. It is
often referred to as a subfloor as well. This layer may need to be installed, but that depends on
the type of flooring you’ll install once the structure is complete.

Do You Need It?

Almost everybody needs a subfloor since the finished flooring is not strong enough to support
people stepping on it. Nonetheless, specific subfloors may be required for certain flooring. It’s
like a stone that needs a firm base. Before installing, it is always prudent to seek professional
advice to avoid mistakes.

Concrete basements may not require a subfloor, especially when using a carpet or tiles. Other
types of floating floors like engineered hardwood and laminate can be placed over the concrete
to form an even floor. Traditional hardwood flooring may require an additional subfloor on the
concrete for a firm floor.

Installing the correct flooring is vital for a firm and beautiful flooring. Below are the different
types of subfloors:

These are sheets of wood veneer glued together using an adhesive. Apart from being strong and
flat, plywood is cheap. That is why it is a popular choice for most residential homeowners.

Particleboard isn’t as strong as plywood. Instead, it is created from smaller chips that resemble
sawdust. Due to its weak nature, particleboard is rarely used as a subfloor, particularly in
moisture-prone rooms.

This is mostly found in bathrooms and basements. It is also commonly found in condos and high
rises as well. These are much stronger compared to particleboard. However, before installation,
they should be inspected for cracks and other flaws to ensure smooth installation.

The oriented standard board (OSB) is fabricated from large pieces of wood attached and pressed
together using glue. An OSB can provide a great subfloor, but it has pros and cons. The material
compacts several layers into a single sheet, thus providing a dense and consistent structure.
Also, OSB dries out slower compared to plywood. This may cause damage. As such, before you
decide on the best materials, you should weigh these options and decide which one is best for
your house.

Parts of the Floor

In addition to the top finishing, there are other parts of a floor. Each of them has a different
structure and set of functions. 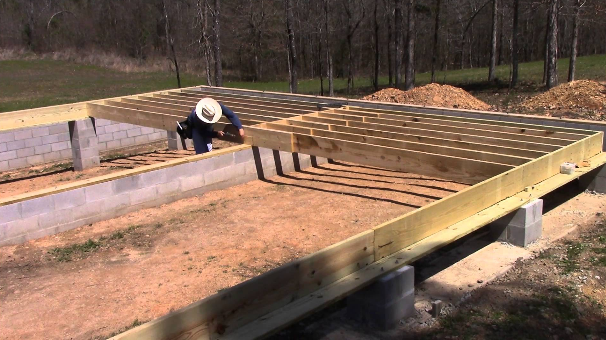 These are found in every home and support the entire floor structure above. They are created
using dimensional lumber or laminated wood that covers the whole house. Are you curious about
how joists look like? Take a look at an unfinished attic or ceiling. To ensure that your home is
structurally sound, the joists have to be maintained to prevent rotting and water damage.
However, if your home does not have a basement, it means it was built on a slab of cement, and
does not need joists for support. In this case, the initial structure of your flooring is made up of a
subfloor, which we’ll discuss next.

This layer mostly rests on joists and may be made of OSB or plywood that is about 11/8 inches
thick. It mainly supports the layers on top as well as people stepping on the floor. Also, the
subfloor may produce some noise if it is not fastened well enough. Typically, it is fastened to the
joists with screws, nails or glue.

In case your subfloor is made of concrete, you’ll find an underlayment layer on the subfloor.
This layer absorbs the heat from the concrete subfloor that is attached to the ground. Also, it
provides a barrier between the layers above and the subfloor, preventing heat transfer. The
underlayment also prevents tiles from cracking during installation above the subfloor.
Cracking can be caused by cold temperature and telegraphing of cracks up through the subfloor.
It’s normal for a concrete floor to have cracks, but no one wants to see the cracks on their tiles!

Lastly, the underlayment layer prevents heat from traveling downward into the slab, in case a
floor-heating system is installed.

Typically, a floor heating system is installed on top of the subfloor. Some firms offer heating
systems that work with both concrete and wood subfloors and nearly every type of flooring.

Finally, the surface is the layer that is visible to everyone. It may consist of tiles, wood, and
carpet depending on your choice. It’s known for making a huge first impression. It is the first
thing you notice any time you enter any home or office.

Considering it is the part most commonly seen, it is important to go for the best. In most cases,
this part of the floor is added for aesthetic purposes and not for structural purposes.
In case your subfloor gets damaged, the best option is to have another layer on top of it. The
layer can be a similar material as the original, or even an upgrade. For example, if your subfloor
was made of particleboard, you may add a layer of plywood instead of choosing new flooring.

A firm subfloor keeps your flooring from degrading and protects your investment in the long
term. If you’re planning to update flooring, it’s vital to seek professional advice. This will help
you know what to look for and what every type of subfloor requires. Additionally, you’ll avoid
weaknesses that may be costly to repair and also jeopardize the integrity of the entire structure.

Posted in Uncategorized
Scroll To Top